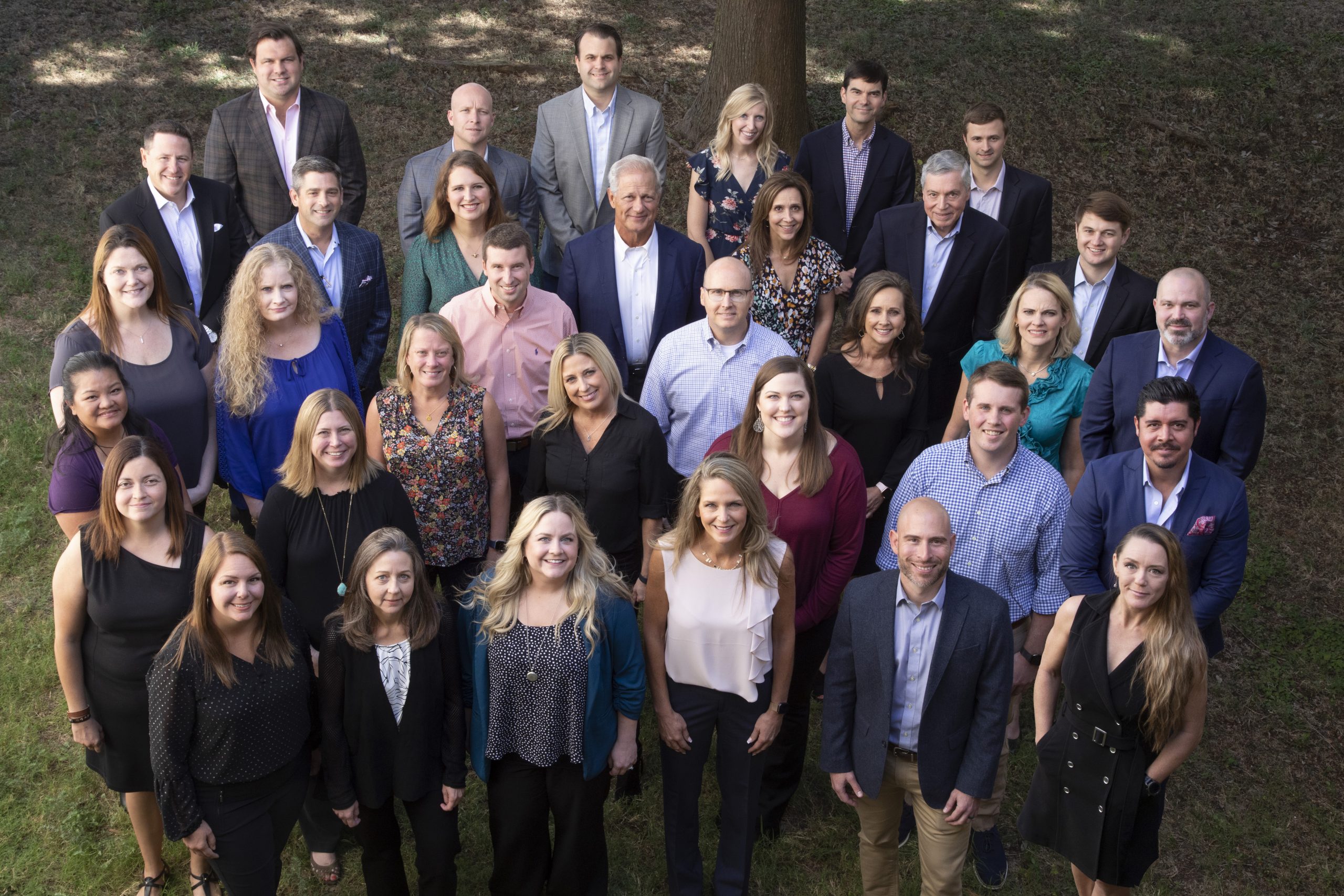 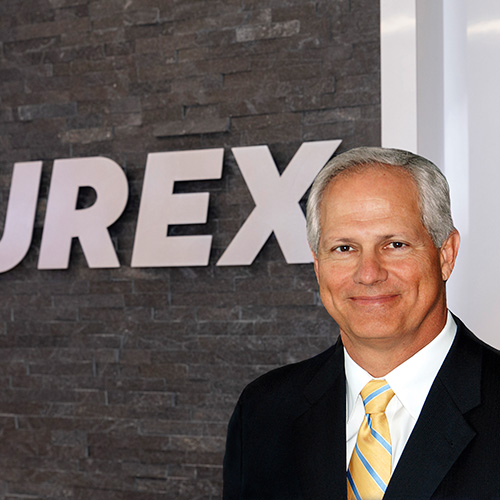 As President, co-founder and co-owner, Robert C. “Bob” Wright oversees all aspects of the company. He sets sales and risk strategy. He has led 30 years of profitable operations. He emphasizes strong customer relationships, nimble and opportunistic decision making, and moving liquid fuel products effectively from supplier to customer around the United States and the world.

Prior to Murex, he spent eleven years at Celanese as District Sales Manager and Business Line Manager. He also worked in Strategic Planning and Feedstock Supply. He started his career with BP and Sohio, where he spent five years as Process Engineer and Process Supervisor.

He earned a Bachelor of Science in Chemical Engineering from Ohio State University and a Masters in Business Administration from the University of Toledo. 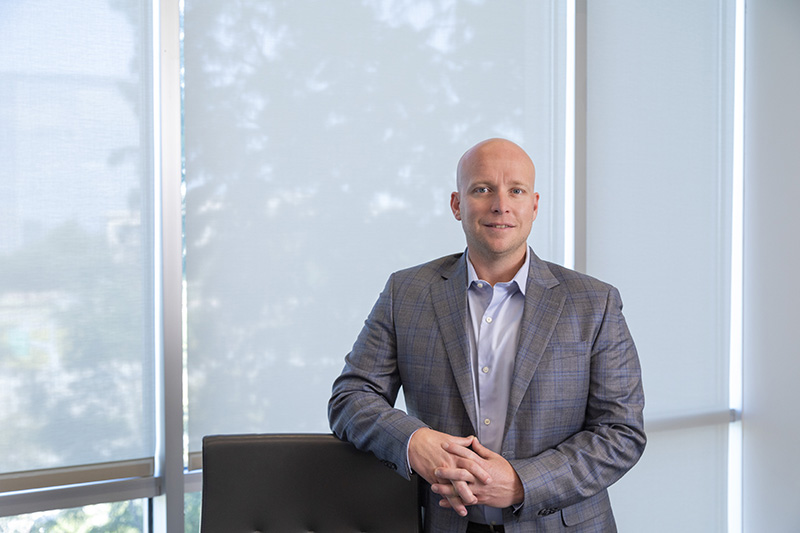 Luke Parkhurst started in 2009 in accounting, moved to logistics and quickly became a top salesman. This multi-disciplinary experience enables him to solve problems from different perspectives. He is responsible for Ethanol Trading with non-exclusive ethanol plants, RINs marketing, Railcar Leasing and Fleet Management, and parts of Diesel and Refined Products sales.

Prior to his experience at Murex, Luke interned at Merrill Lynch, South Texas Money Management and ATKG, LLP, a CPA firm. He also honed his entrepreneurial skills in the family business.

He received Bachelor of Science degrees in Accountancy, Economics, and Finance from Trinity University in San Antonio, Texas. In 2021, he completed the Rice University Advanced Management Program. 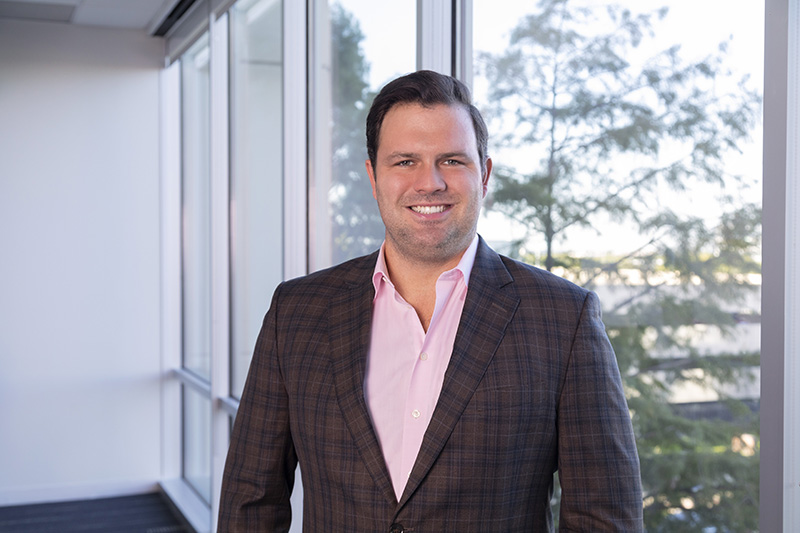 Rob has served in a number of commercial, financial, and operational roles with Murex since joining the company in February of 2011.  His career at Murex first began overseeing railcar and truck operations in South Texas before long-haul pipelines were built into the Texas Gulf Coast.  Rob’s responsibilities quickly grew into commercial roles of crude oil procurement, sales, and risk management across all onshore crude oil basins in US and Canada.  Additionally, Rob led leadership efforts in financing and building out two large assets for Murex’s terminal footprint: Cetane Energy in the Permian Basin and Gulf Gateway Terminal in New Orleans  In addition to handling crude oil responsibilities, Rob also oversees Murex’s domestic and international refined products activity where the company supplies gasoline, diesel, and jet fuel to several US markets on rail and pipe and exports large volumes of the same products on barge, rail, vessel, and truck.

Prior to joining Murex, Rob worked in financial consulting in Houston, Texas. He enjoyed internships with Merrill Lynch, Frost Bank and Resolution Capital. 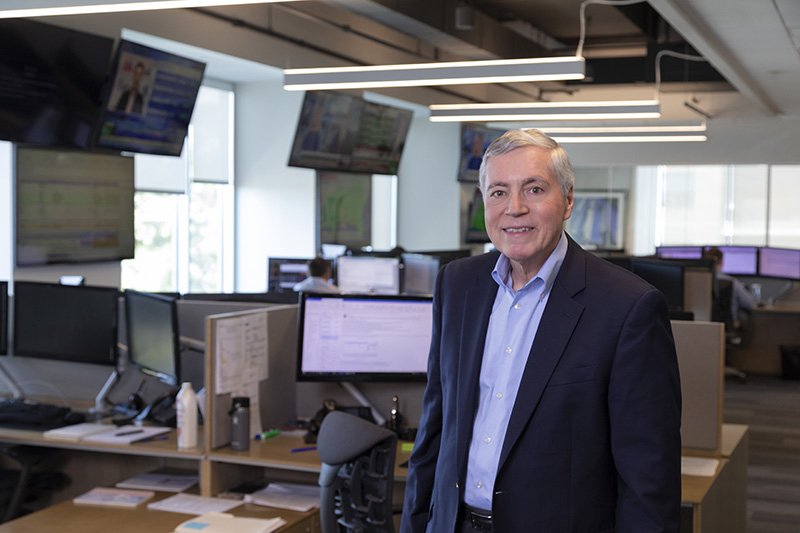 Rick Bartel has served as Chief Financial Officer since 2006, with responsibility for Finance, Accounting and Administration.

Prior to joining Murex, Richard spent fifteen years with Prentiss Properties Trust (“NYSE:PPT”) and predecessor companies. He held dual roles as EVP and Chief Administrative Officer for PPT and President of Prentiss Property Services. He was previously VP, Project Finance for Oxford Development Group, Ltd. in Denver and Toronto and VP and Controller for Marathon U.S. Realties, Inc. in Chicago. He started his career as a Senior Accountant for Price Waterhouse in Chicago.

He received a BS in Accountancy from the University of Illinois and a Masters in Management with emphasis in Finance and Management from Northwestern University Kellogg Graduate School of Management. He is a CPA. 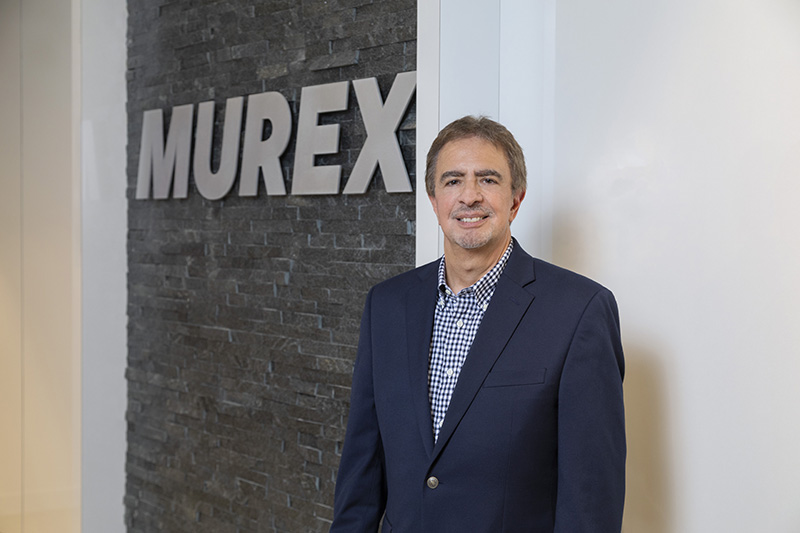 Frank has the second longest tenure at Murex, joining in January of 2000. He runs Murex’s Methanol business, which has been profitable every month since he joined Murex. Frank brings more than twenty years of experience in the energy and methanol industries, in both sales and operations

Prior to joining Murex, Frank spent 6 years with Methanex Methanol Co in Dallas and Vancouver BC.  He was previously employed by Enron after starting his career with Gulf Oil.  During his tenure in the energy sector, he was involved in marketing and logistics, and exposed to crude oil, marine fuels, petrochemicals, LPG, ship chartering, and methanol.

Frank holds a BS in Management/Business Administration from LaRoche College in Pittsburgh. 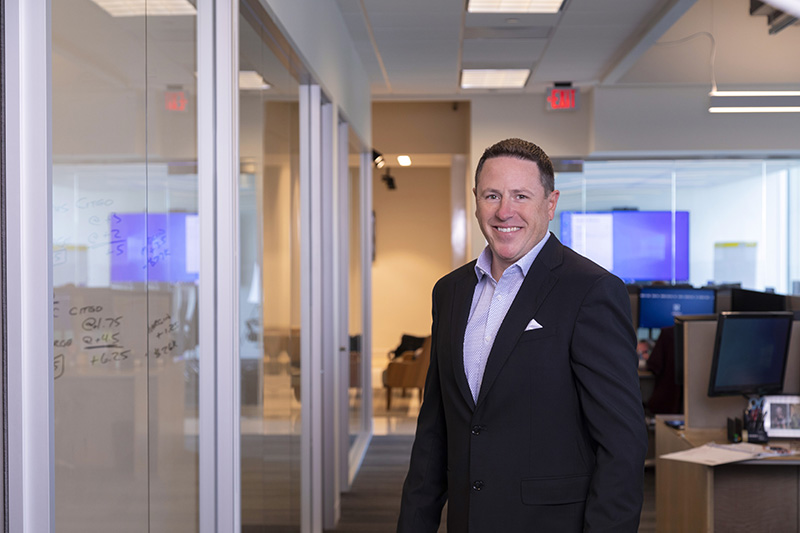 Marc Travillian joined Murex in 2011. He leads the ethanol marketing team, handles day-to-day hedging activities across product lines for Murex, and provide a market intelligence newsletter to our customers.  His primary goal is helping Murex’s network of Ethanol Plant Partners get their fuel to market efficiently and profitably.

Prior to joining Murex, Marc spent 3 years with Barclays Bank in Houston building a new biofuels business within their Physical Oil Products Team.  He was previously an employee owner of Gavilon in Omaha, the first ethanol trader for ConAgra Trade Group, building a new business from the ground up.  Marc spent 12 years within ConAgra trading a variety of commodities from feed ingredients to animal proteins and fats. He built a dairy products trade desk and was appointed youngest member of a corporate procurement team that oversaw packaging and ingredients spending for ConAgra.

He received a BS in Marketing with a Communications Minor from the University of Iowa. 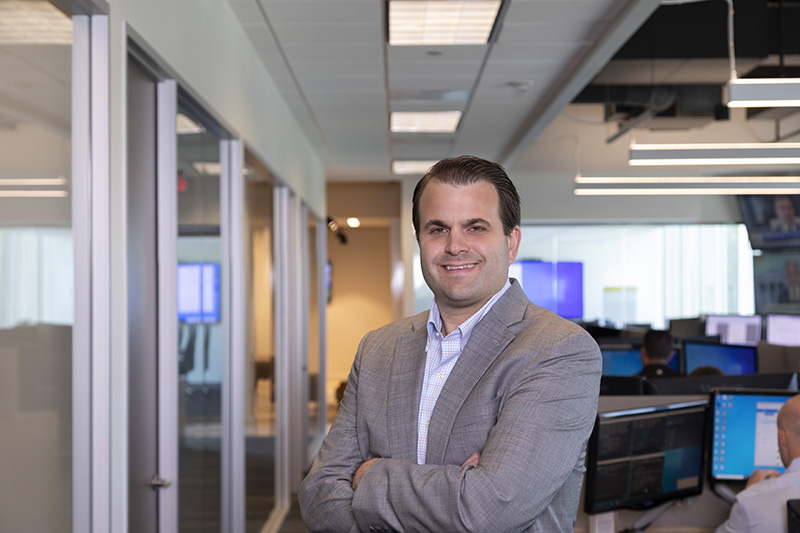 Jeremy has over 15 years of experience in the ethanol marketing, risk management, and Low Carbon Fuel Standard space.  He has developed an ethanol marketing plan for 300 million gallons of new construction ethanol plants and managed the overall commodity risk for 400 million gallons of annual plant production.  As part of his Business Development responsibilities, Jeremy develops and manages Murex’s domestic and international low carbon strategy along with assisting its customers and suppliers as they navigate changing low carbon dynamics.

Prior to joining Murex in 2016, Jeremy was Vice President of Operational Trading for Abengoa Bioenergy and a Pilot Plant Chemical Engineer for Monsanto.

Jeremy has a Bachelor of Science in Chemical Engineering from the University of Missouri – Columbia as well as an MBA from Washington University in St. Louis.

Prior to Murex, Ramon was Global Products Manager for Vinmar International Ltd for three years. He started his career at Shell Oil as Process Engineer and worked his way up to Crude Supply Trader, including a stint in Barbados.

He has a BS in Chemical Engineering from the University of California, Los Angeles (UCLA). 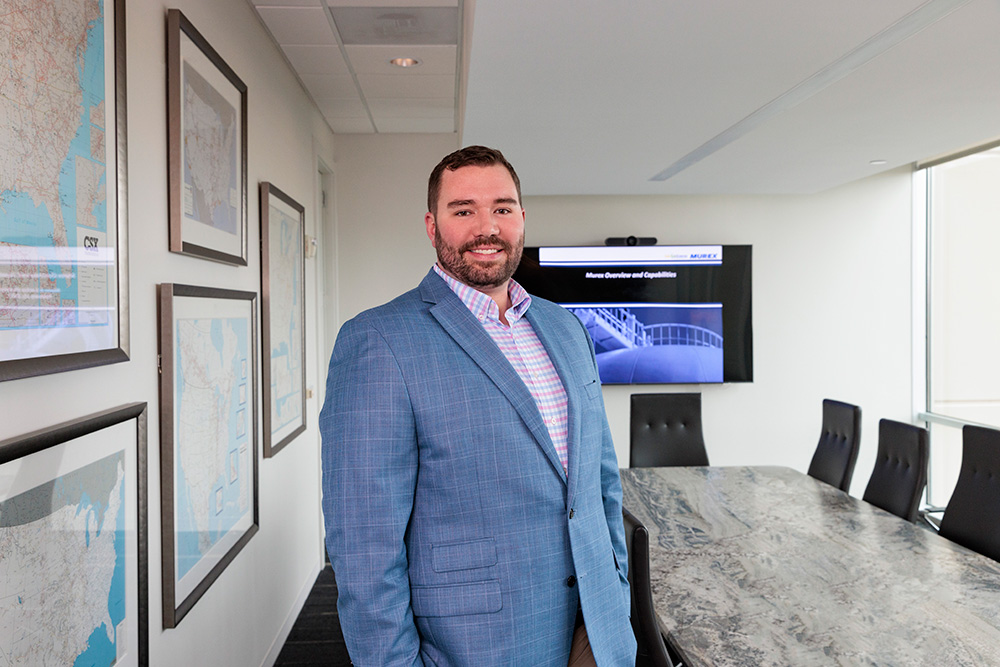 Jordan Laflen joined Murex in 2020 and immediately helped Murex gain access to the Pelican Terminal in Stockton, California. His extensive knowledge of carbon markets, ethanol production and ethanol logistics plus his background in row crop farming, livestock production, and hedging gives him a unique perspective in solving customer problems.

Prior to Murex, Jordan was Director of Ethanol Trading at Kinergy Marketing LLC for seven years. He spent the first three years of his career at USA Trading at the Chicago Board of Trade, starting the summer of 2010 as a floor clerk/fill- in broker for corn and bean options. He runs a cow calf operation with his grandpa. He continues to raise and judge competitive livestock.

He has a BS in Agribusiness from Illinois State University in Normal, Illinois. 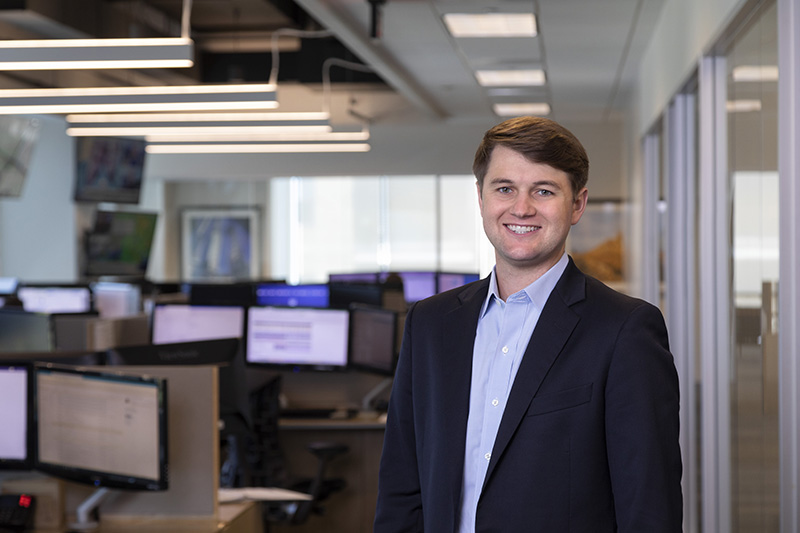 Joe joined Murex in 2020. He is responsible for a variety of job functions, including trading, risk management and logistics.

Prior to joining Murex, Joe was an Investment Analyst at TRT Holdings, a Dallas-based family office. At TRT Holdings, he supported the sourcing, evaluation and execution efforts associated with new acquisition opportunities. Joe began his career as an Investment Banking Analyst at Deloitte Corporate Finance, where he focused on middle-market mergers and acquisitions across a variety of sectors. 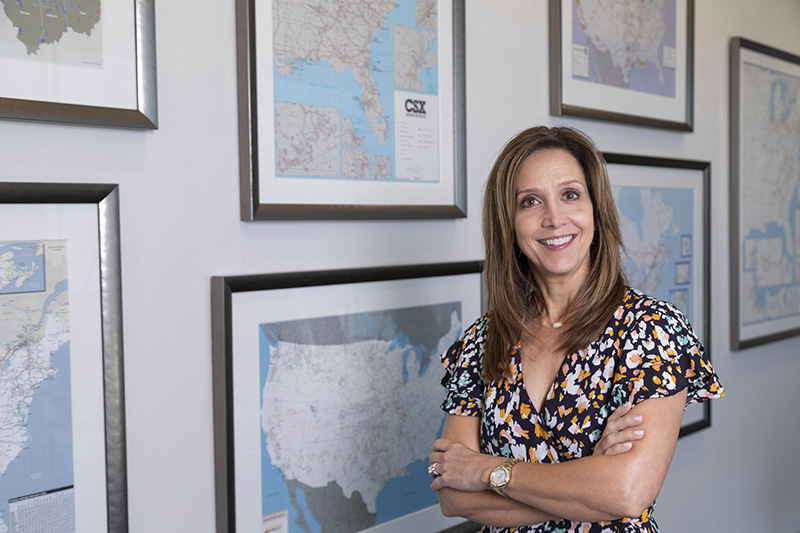 She was previously Logistics Manager at Methanex Methanol Company.

She graduated from Abilene Christian University with a BBA in Business Management. 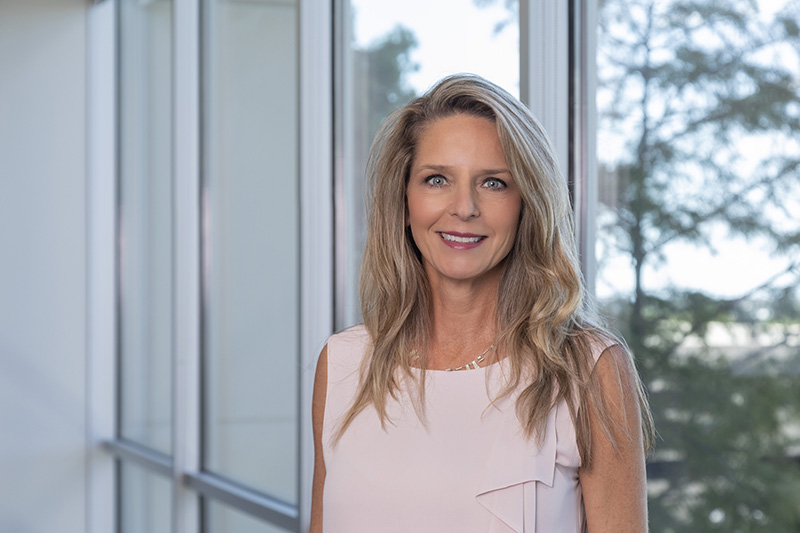 Prior to joining Murex, Kelly started her accounting career as an auditor for PricewaterhouseCoopers. She held several accounting roles in various industries including healthcare, manufacturing, and distribution.

She received a BS in Accountancy from the University of North Texas and received her CPA designation in 2003. 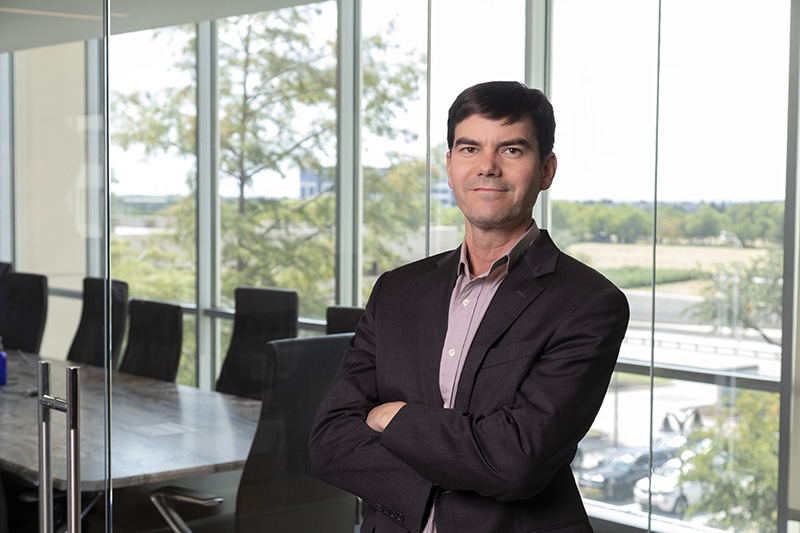 Russell Eden has served as Director of Cash and Credit since 2015, with responsibility for cash management, credit, and treasury.

Russell has over twenty years of experience in accounting and finance, including fourteen years in the energy and ethanol industries.  He also has experience in the mining, medical, paper products, and travel industries. During his career, Russell has held various roles overseeing treasury, financial reporting, and SEC reporting. He started his career as a Senior Accountant for a travel tour operator located in Dallas. 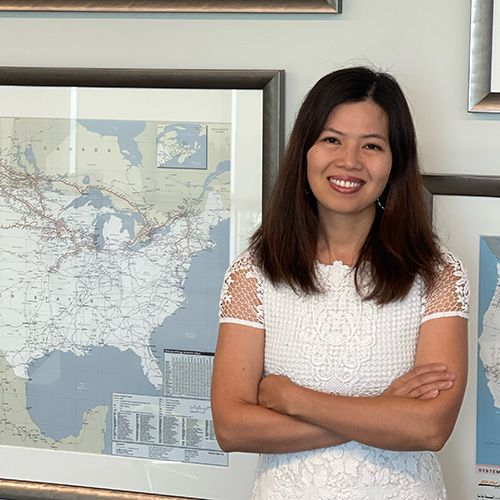 Kim Nguyen joined Murex in 2022. Kim manages all issues regarding Renewable Identification Numbers (RINs) under the Renewable Fuel Standard (RFS) for Murex and for suppliers with exclusive marketing contracts.

Before joining Murex, Kim was Manager of Energy Compliance Services at Weaver LLP since 2011. Before that, Kim was a Wholesale Fuel Accountant at Musket working on RFS reporting and EMTS. She has been involved in RINs since the beginning of the modern ethanol industry.

Work with the Murex team to explore new markets. 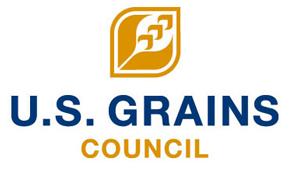 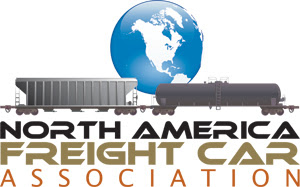